For the Huichol who live in Mexico and call themselves Wixáritari (Huichol pronunciation: /wiˈraɾitaɾi/), life and religion are intertwined.  Their deities are honored in their ceremonies and represented in their art and are part of daily life.  They ask the deities for rain and sun for the crops, successful deer hunts, healthy children and protection from natural and supernatural dangers.  Here we introduce the Peyote and Corn and show them in Huichol art pieces.

Mother Corn is intertwined with the life of the Huichol people.  Each depends on the other for survival.  The people sow the seed which becomes Child Corn and then Mother Corn.  The people are sustained by her; they grow and are themselves able to reproduce.  The natural cycle continues.  Mother Corn is integral to all of Huichol life, from the peyote desert ceremonies during the pilgrimage to Wirikuta to other spiritual aspects of their lives.

Hikuri, the traditional Huichol name of peyote, is a desert cactus that is collected on the annual pilgrimages to Wirikuta, which is some 300 miles from their homes.  Wirikuta is the sacred desert and is the homeland of their ancestors.  These pilgrimages are central to their culture and religion.  Directed by the Mara akame, or shaman,  ingesting the peyote allows communication with their deities and ancestors, gaining wisdom and spiritual connection.  Healing is also an important part of the ritual.  Peyote is also collected and taken back with them for the coming year’s ceremonies.

Following are representations of the Corn Goddess and Peyote in a Huichol Prayer Bowl.  The yellow corn surrounds the central peyote.  Eagles sit between the corn.  Click on it to see more information on this piece. 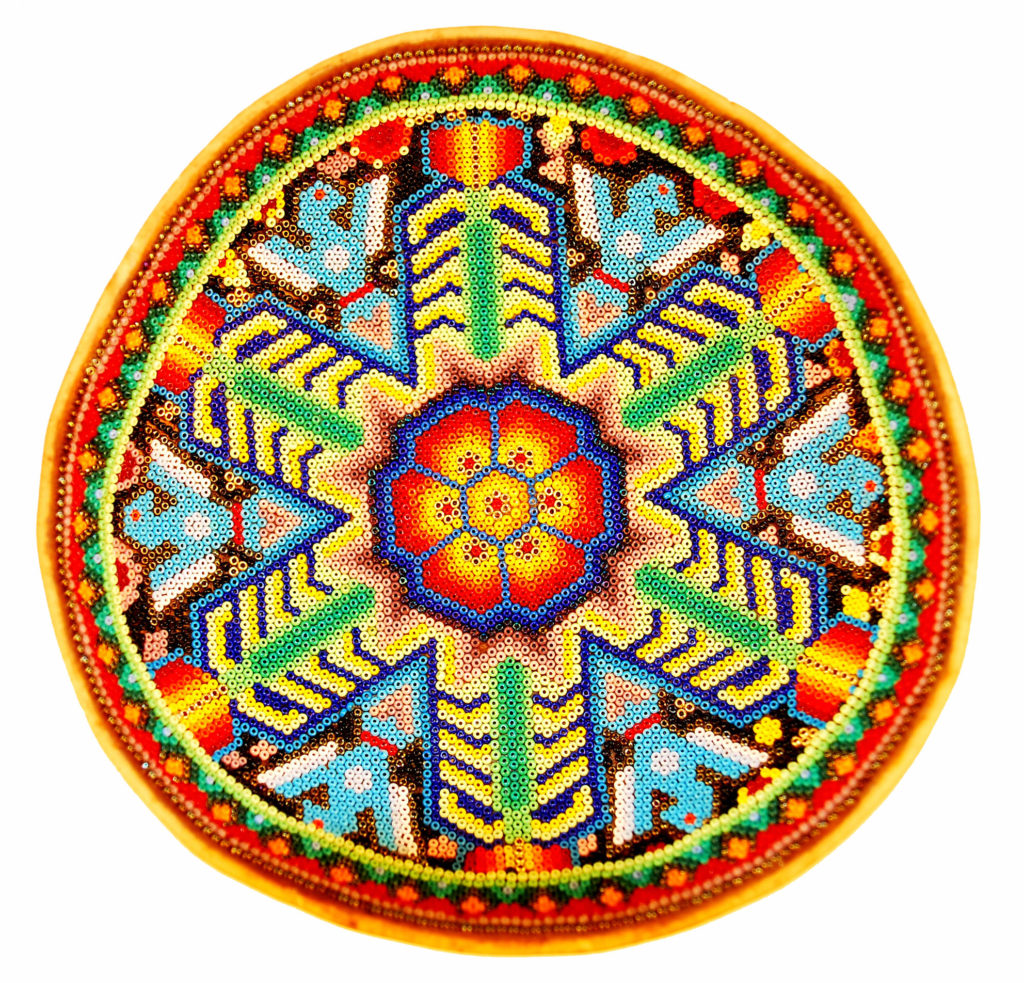 Below, the view of the beaded cat on the left shows the corn symbol on its haunch.  On the right, the peyote can be seen below the cat’s head. 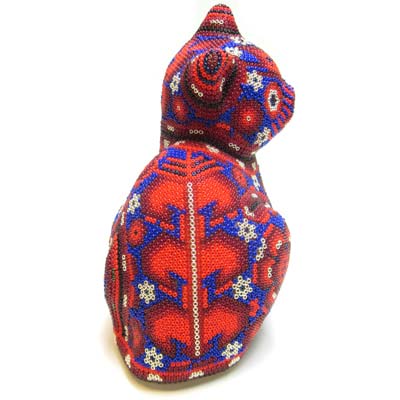 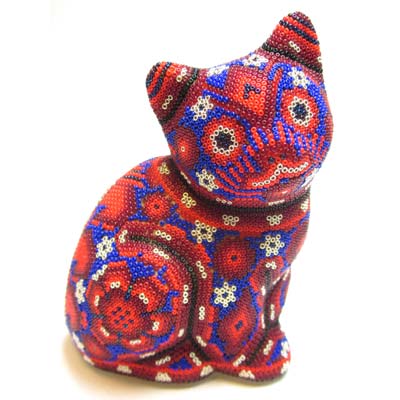