For the Huichol, who live in Mexico and call themselves Wixáritari (Huichol pronunciation: /wiˈraɾitaɾi/), life and religion are intertwined.  Their deities are honored in their ceremonies and represented in their art and are part of daily life.  As Carl Lumholtz, the original ethnographer and explorer who studied the Huichol society, said, “All phases of their lives are prayer – the planting, harvesting, peyote pilgrimages – all art, weaving, bead work, face painting, and yarn paintings embody prayer within symbols.”  They ask the deities for rain and sun for the crops, successful deer hunts, healthy children and protection from natural and supernatural dangers.  Here we introduce the Snake and Scorpion and show them in Huichol art pieces.

In the physical world snakes are appreciated by the Huichols because they eat the rodents and pests in the corn fields.  The Huichols believe that rain is milions of snakes.  They fall from the Rain Goddess who is depicted as a massive circular, coiled snake.  The snake deity also instructs shaman to become healers and are the communicators between the spiritual and physical world.

Here is a snake figure, fully beaded with tiny beads.  Clicking on the image takes you to our store where there is a longer description. 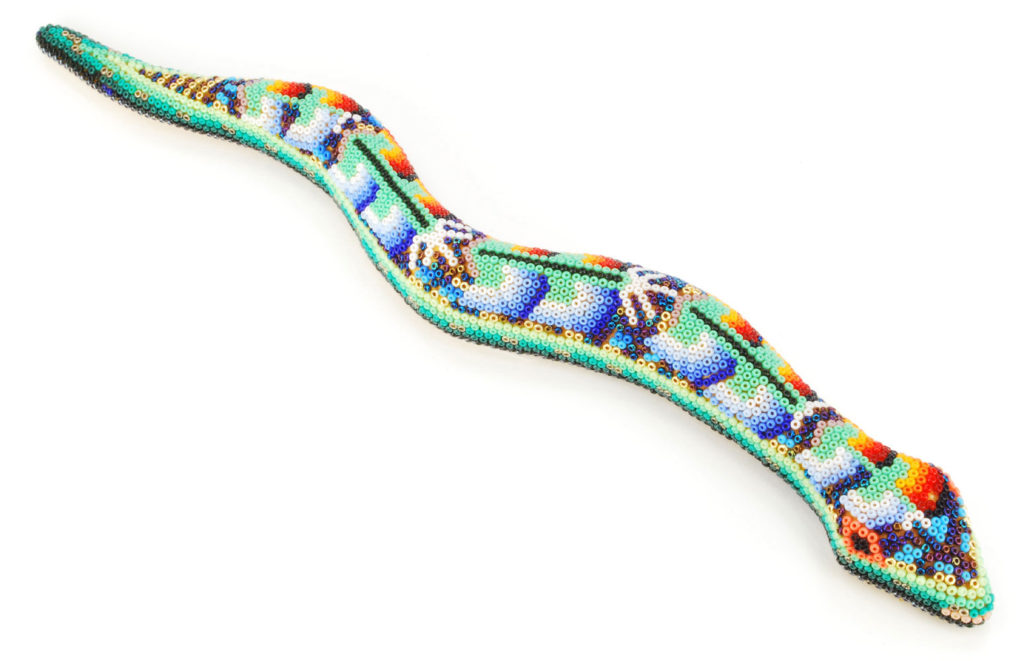 On the elephant is a yellow scorpion and red snake on its front leg. 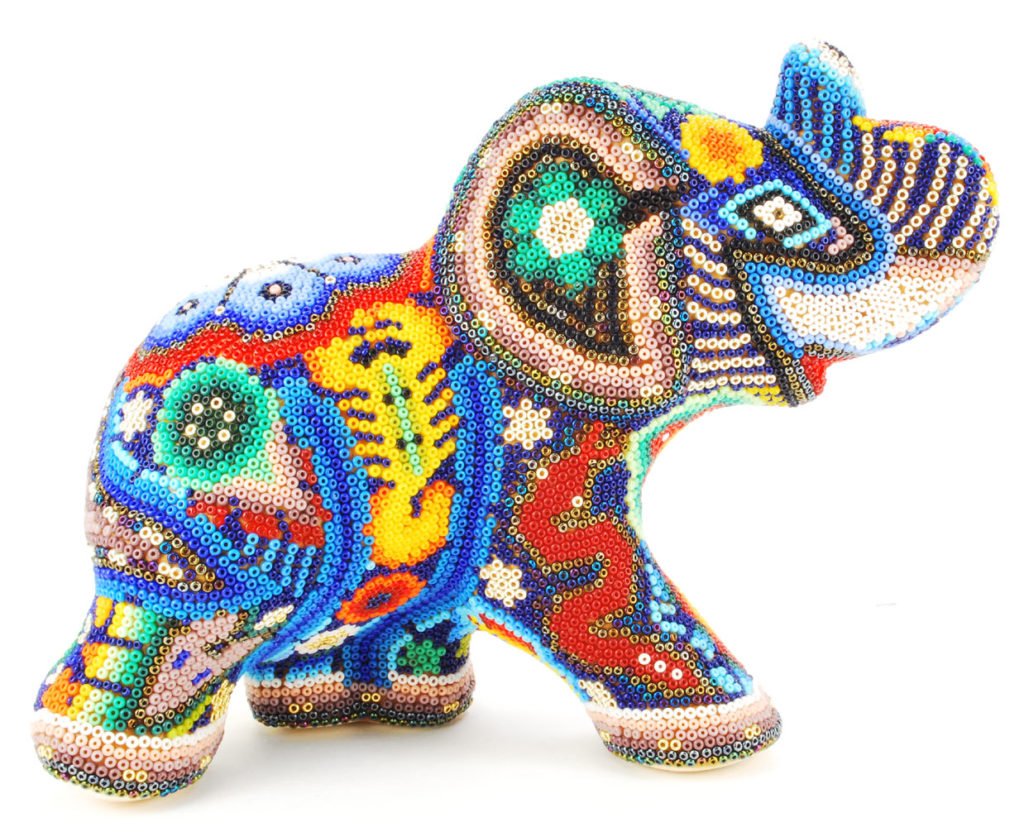 Scorpions are both esteemed and feared.  Their sting kills many every year.  But the scorpion spirit is also considered a protector and ally to fight off demons and bad luck.  They also are thought of as protectors of the peyote.  In the Huichol art they are often placed close to the peyote, as in the bowl below.

In this lizard and bowl see the red and light blue scorpions.  Clicking on the images takes you to our store where the art is described in more detail. 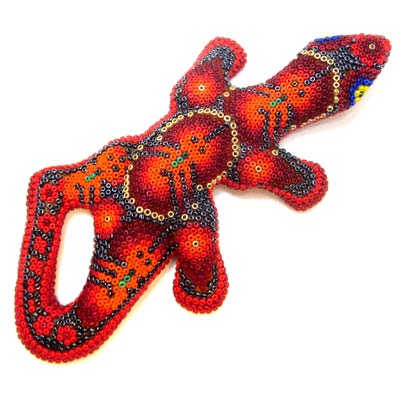 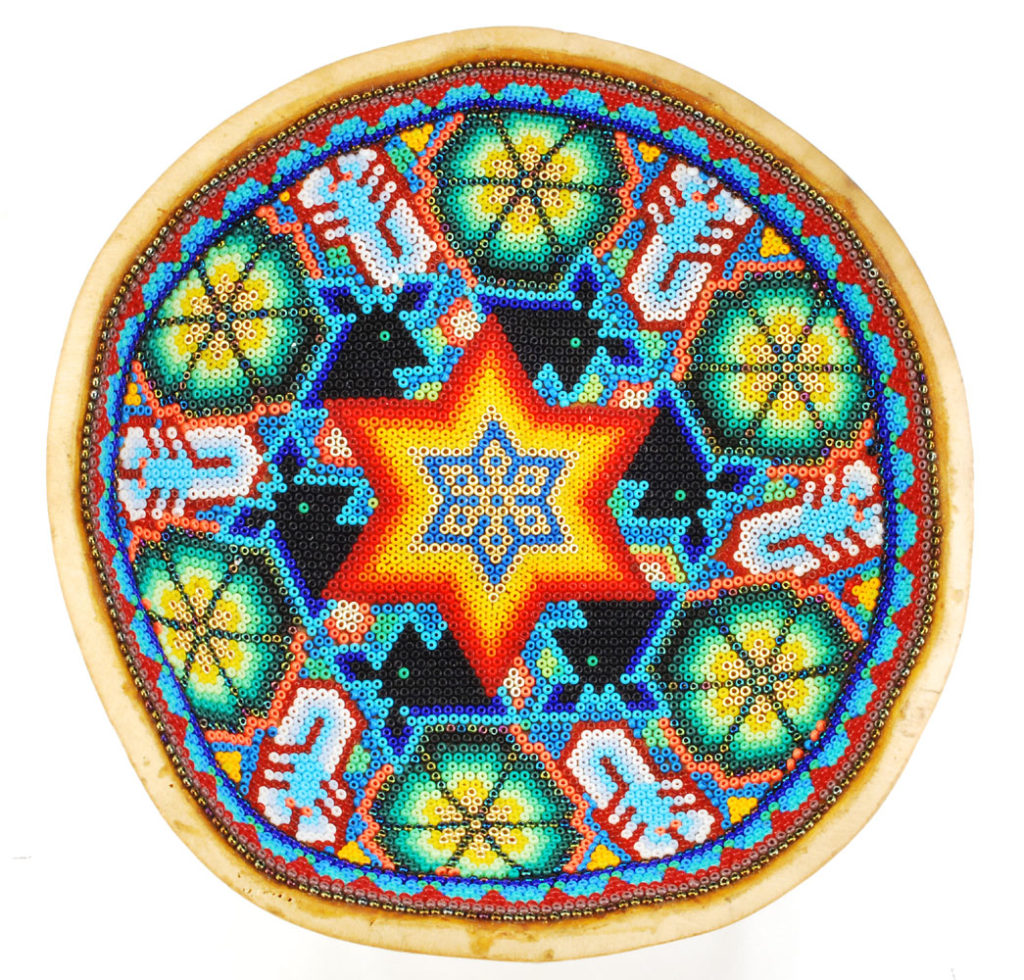